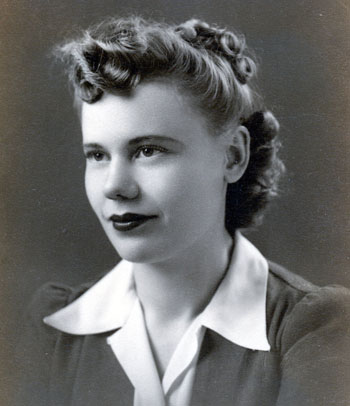 Apple dumplings are traditionally a wedge of apple sprinkled with cinnamon and sugar and wrapped in a biscuit type dough which is then baked in a rich simple syrup that does magical things in the oven. My grandmother’s dumplings are unique in that the apples are diced and the dough is rolled up and sliced in cinnamon roll fashion. I truly can think of no way to describe to you how special these perfect apple dumplings are. You simply have to try them and judge for yourself. When you have regained your faculties and are once again able to communicate, I would love to know how you liked them. 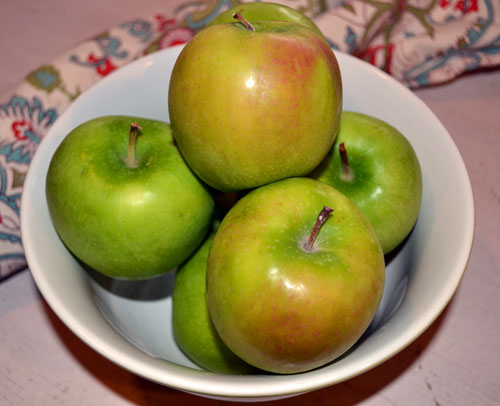 Dice apples into small pieces so they are easy to roll up in the dough. Toss with 1 tsp. Cinnamon and set aside.

In a large bowl, combine the sour cream and milk and whisk until well blended and smooth. Add in the baking soda and salt and mix well. Sift together and add the baking powder, flour and sugar.

Mix until combined and dough just starts to come together, do not over work the dough. Dough will be sticky. Place the dough on a floured surface and roll into a rectangular shape about 1/2 to 3/4 inch thick.

Cover with the cinnamon apples.

Carefully roll like you would for a jelly roll or cinnamon rolls. Flour your hands and be gentle with the delicate dough.

Cut into 1 inch slices and place in a buttered baking dish. 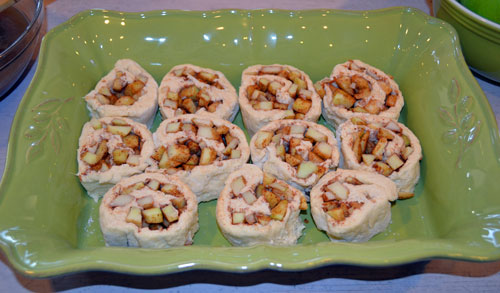 I ended up with 11 but probably should have gotten 12. Oh well, bigger dumplings.

Mix until sugar is dissolved and butter has melted.

Bake at 375 degrees for 35 to 40 minutes, until dumplings are golden brown and bubbly.

When serving, be sure to drizzle a little syrup from the baking dish over each dumpling.

Amazing is one of the most over used descriptive words in the writing world. 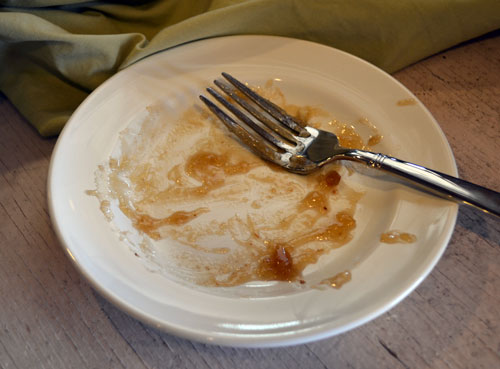 It is okay to lick the plate. I won’t tell.

I am so glad you have visited and would love to hear from you. Please leave a comment, your thoughts and feedback are important to me. Cancel reply

My Most Recent Posts

Reflections of a Foodie

My great Wordpress blog
When the Kids Go to Bed

we find laughter in the chaos

cancer in my thirties

I was a mom to twin kindergartners and had just turned 34 when a breast CANCER diagnosis completely changed my life...

And all the yummy things we are making…

Baked with Love Inside

"Creativity is contagious. Pass it on." -Albert Einstein

A Quiet Celebration of Life on a British Farm

All things fashion and design by Gila ati Amour

The Happy Heart
Musings of an Aspie

one woman's thoughts about life on the spectrum